See all suppliers and filter 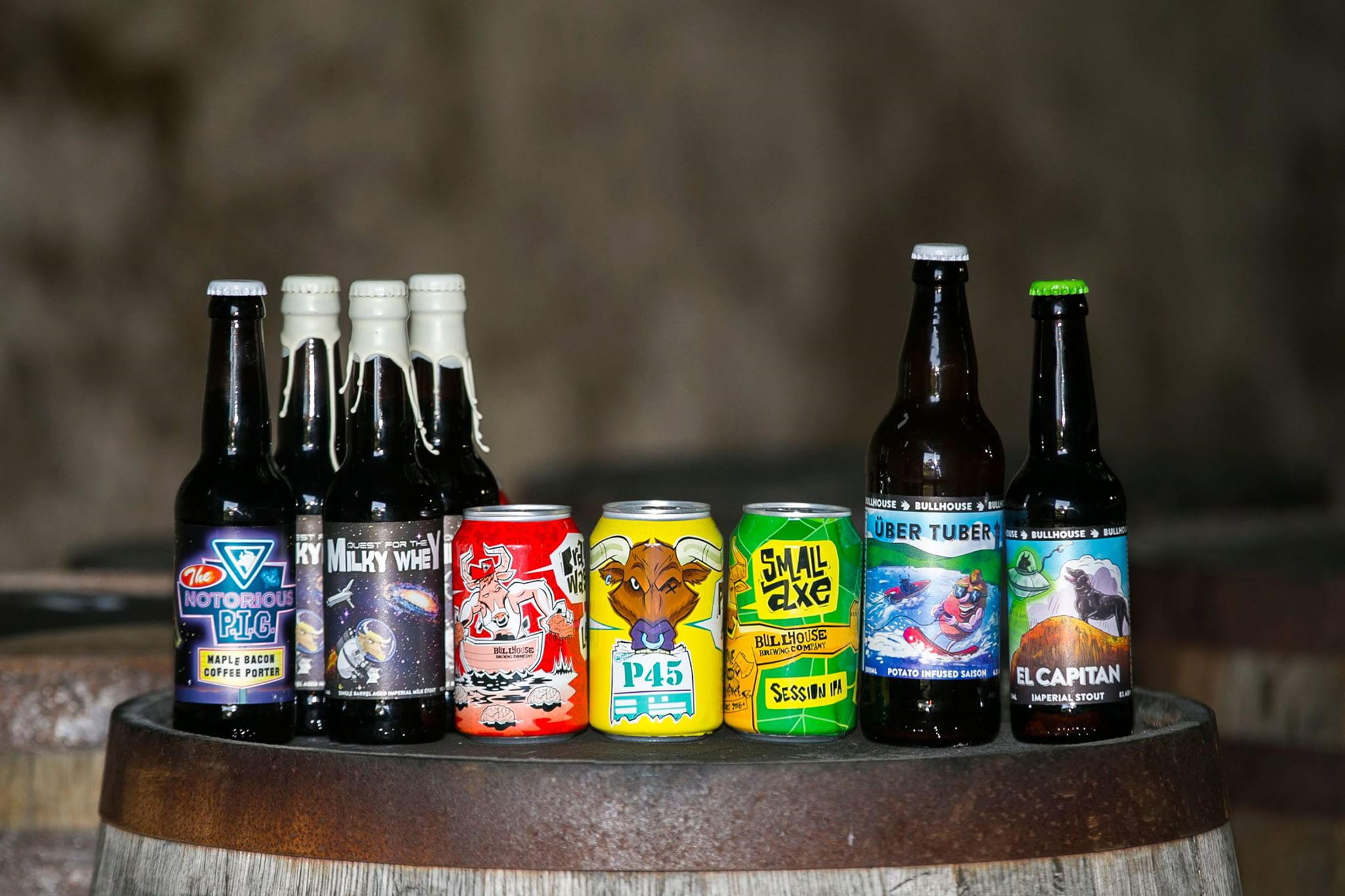 Bullhouse Brewing Company was established by William Mayne in 2016. Based in a former bull pen on a family farm near Newtownards in county Down, the craft brewery started on a very small scale, producing 400 litres of beer per batch.

Demand soon began to outpace supply, so he enlisted the help of a local distributor and hasn't looked back since. In September 2017, William gave up his day job to concentrate on the brewery full-time, celebrating the occasion by brewing a Pale Ale and calling it P45!

William has now upgraded to a custom built brewhouse, with current fermentation capacity at 25,000 litres per year.

So far, alongside the core range of lager, pale ale, session IPA and IPA he has brought to market a Potato Saison, a Maple and Bacon Porter, a Lemon and Strawberry Berliner Weisse, a Toasted Coconut Porter and a Barrel Aged Imperial Milk Stout.

The brewery is the only one in Northern Ireland to produce all its products in cans.

In November 2017, William launched a Crowdfunding campaign to raise finance to support his expansion plans which include growing business in Britain and the Republic of Ireland.

Small Axe 4.3% Session IPA – Named after the iconic Bob Marley song of the same name. ‘If you are the big tree, we are the small axe.’

Brainwashed 4% Unfiltered Lager – Named in honour of the monopolised, commoditised market we operate in here in Northern Ireland, where the large multinational brewers control the vast majority of the on–trade.

Milk Stout – a 10% Imperial Stout with added lactose. A complex stout aged in Irish whiskey barrels. A bottle conditioned limited edition beer. that will for 10/20 years.

Content is the property of the supplier and is not owned by BuyNIFood.

Register with BuyNIFood to give you direct access to and support in engaging with this supplier and others across Northern Ireland.

We also use analytics & advertising services. To opt-out click for more information.